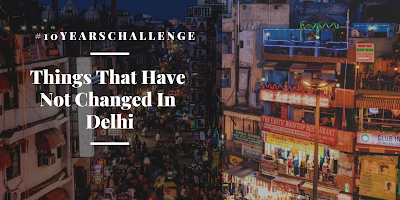 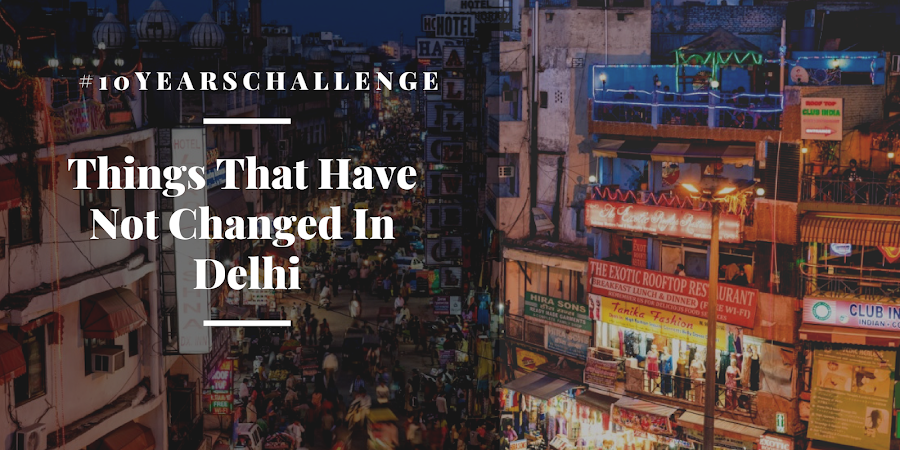 Delhi is taking a toll on the #10YearsChallenge but there are things that have remained the same in 10 years. Let's find out what?

We have seen massive transformations that happened in the capital of the country since the last decade. The city of Delhi has grown at an enormous pace in the last 10 years and it is still growing. Delhi has also witnessed a qualitative change in its consumption pattern, which is in line with a sharp drop in the number of people below the poverty line. But, along with all these modernization, there are things that have remained the same in Delhi making it have the colours of the same old city which makes it " Dilwalon Ki Delhi".

A historian's paradise, Red Fort is the magnificent past of India as well as the future of her sovereignty which has been not changed since last 10 years. It is one of the most symbolic features of the Indian capital which is exactly the same as it was in 2008. Built by the Mughal emperor Shah Jahan around 1638 and 1648, the Red Fort is something that one just can't afford to miss when they are in Delhi. Also, it now is a tourist spot turned into busy market-place called the Meena Bazaar, selling a host of wares. 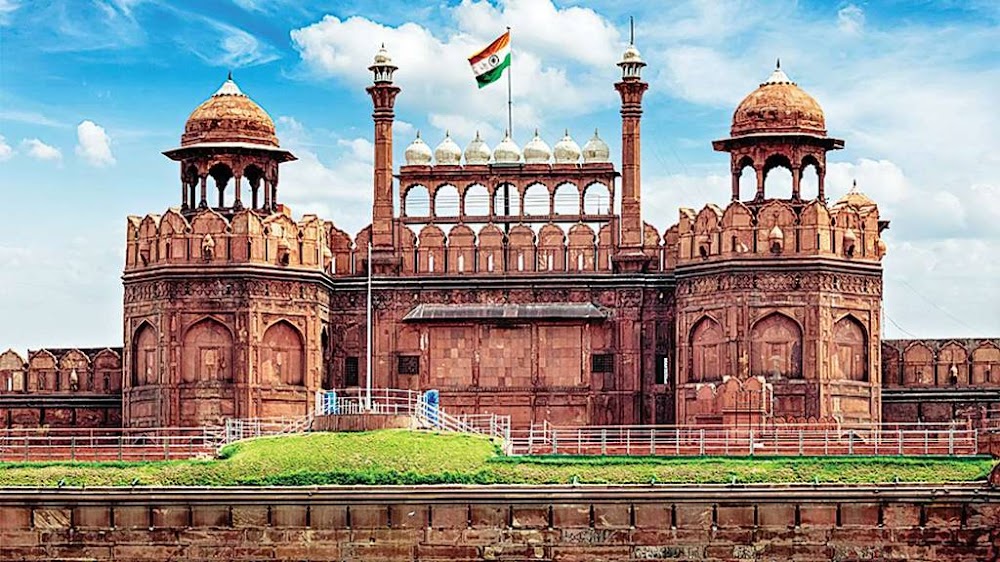 This Minar is standing tall at a height of 234 feet since 1200 AD when the construction was commenced. This beautiful monument is the perfect display of Mughal architectural brilliance. It is a UNESCO world heritage site which constructed with red sandstone and marble and is surrounded by several other medieval and ancient ruins collectively known as Qutab complex. You'll still find a lot of tourists swamping the area like how it was 10 years ago, and not only for the tourists, but it is also one of the most visited places by the localities due to the immense history that is related to it. One thing that we wanted to change but is still the chance even after 10 years is the traffic of Delhi. The city of organized traffic jams is named so because of regular traffic jams either due to some procession, road repair, Delhi Metrconstructionon, peak business hours or driver's/rider's indiscipline. Even though Delhi has good connectivity through the Delhi Metro is one of the top public transport, the private vehicles on the roads keep on increasing day by day leading to the never changing traffic of Delhi. Let's wait to see what happened in the next 10 years.

Delhi, Delhi brings tourists in droves for its world-class monuments and history. But, one thing that has not changed in Delhi is its street food. Dining on a dime is part of Delhi’s DNA, and there is a long list of best street food in Chandni Chowk for proof, stocked with classic city grub from Paneer Paratha to Jalebis. Even after all these years the taste of these lip-smacking food have remained the same. The popular and happening north campus of Delhi University can generally be seen overflowing with the youthful energy of the students who are studying there. While a region like Kamla Nagar gives a wide range of market offices from Malls and marked showrooms to little, swarmed joints for food and apparel, other little territories on the whereabouts of the colleges, however somewhat lesser known, now and again prevail with regards to astonishing the students no less. From the pathways bordering the university dividers to the primary market place, one can without much of a stretch spot the same little street food joints with fascinating, particular names and menu. Thus it is not wrong to say that the North Campus has not changed in terms of food, shopping and being overflowed by students and millennials in the last 10 years. Delhi and politics have always been the same mingled up for a long time now. Delhi University is by a long shot according to the number of understudies are concerned, the biggest college in India and ranks in the main 100 in the midst of those in Asia. Aside from all the scholastic and extracurricular exercises that the vast majority relate to the college Politics is one noteworthy road that huge numbers of the intrigued understudies investigate and exceed expectations in which has not changed in the last 10 years.

In Old Delhi, the one thing that has stayed untainted through hundreds of years is the closeness of the communities. It's not simply the different religious spots of love that reflect profound solidarity, however, the inhabitants themselves exemplify this fellowship in full confidence each and every day. Be in the rape-related protests or the protests on the political stances, Delhi has transformed in many ways of protesting but protesting about every important thing have not changed in 10 years. 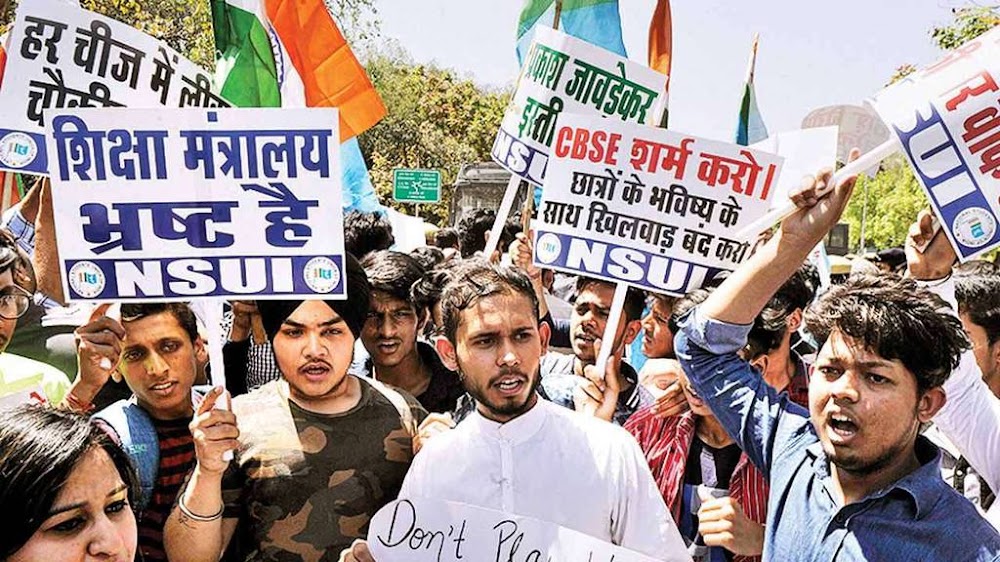 Connaught Place is the heart of Delhi and it has maintained its charm in the last 10 years. Be it the historical legacy or the old charm of the high rise buildings and shopping centers, Connaught place is the same and still attracts a lot of people during cozy winter mornings or breezy summer evenings. If you haven't shopped at Sarojini Nagar Market then you're definitely doing your shopping wrong. There’s nothing in your checklist that you won’t find in Sarojini Nagar Market. Trust us when we say Sarojini has EVERYTHING you’ve been looking for to revamp your wardrobe. From jumpsuits to maxi dresses, thigh-high boots to trendy flats, crop tops to denim shirts, sling bags to backpacks, swimsuits to lingerie and chokers to the long chain - the list is never-ending. And, the major highlight is that this place has not changed even a bit in the last 10 years. Brew - Enjoy - Empty - Repeat: At These 20 Best Breweries In Gurgaon

Q. Which are the best cafes in Gurgaon?

A. Check out this blog for complete information: Best cafes in Gurgaon

Q. Which are the best rooftop restaurants in Gurgaon?

A. Check out this blog to know more: Best rooftop restaurants in Gurgaon 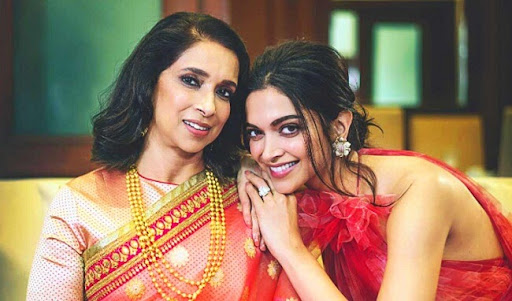 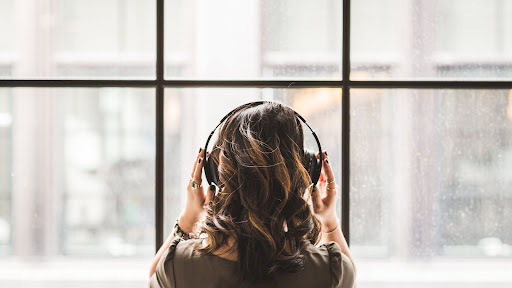 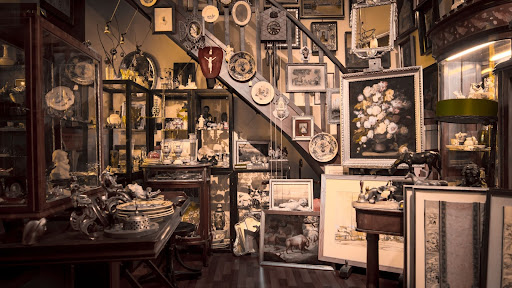 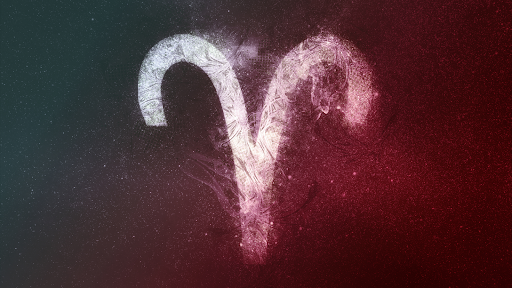 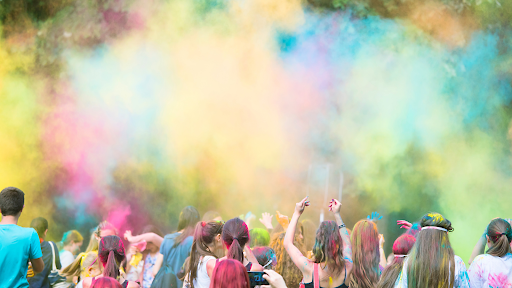 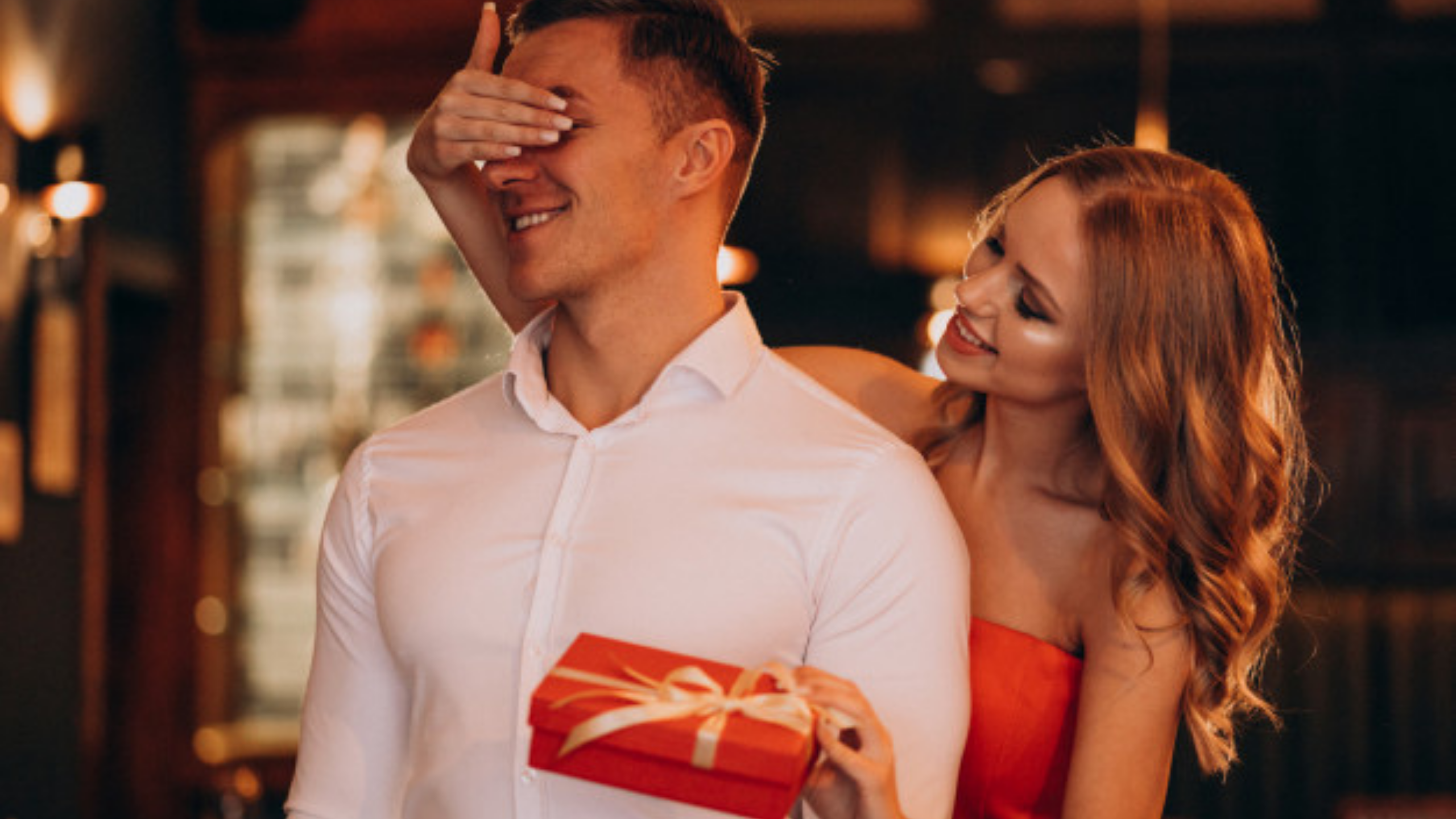 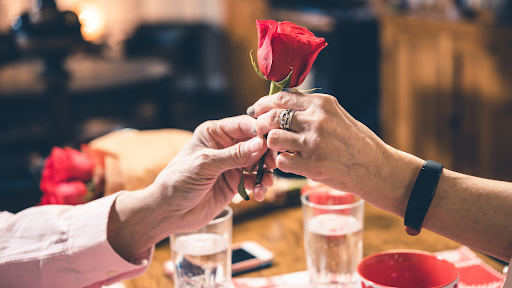 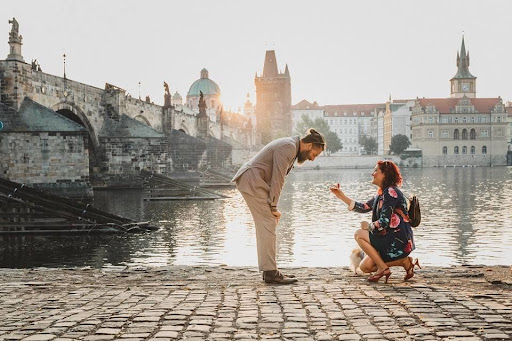 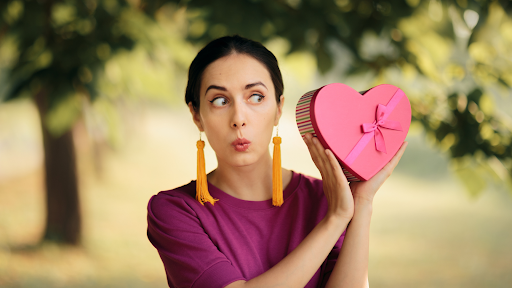 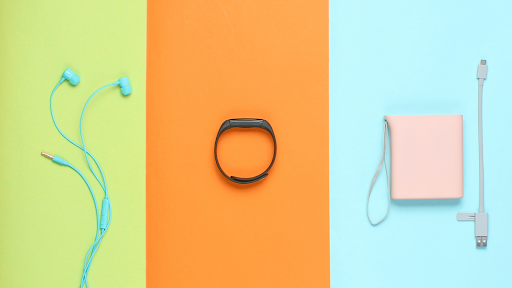 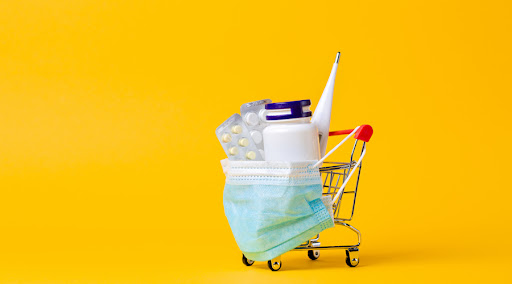 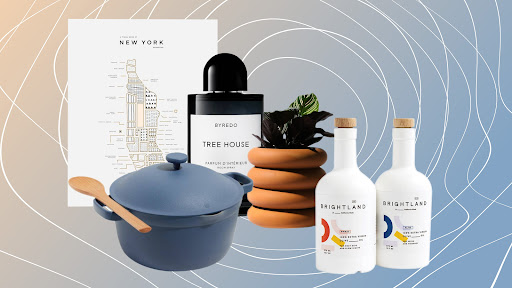 Next housewarming party you attend, gift them something unique! 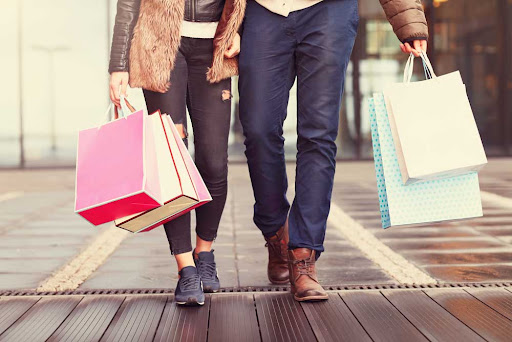 From home decor to food to fashion and beauty, find every trend here!

There are just a couple of days till Valentine's Day and we know that shopping for the man of you... Read more

Valentine's Day is on the horizon and if we didn't know any better, most V-date plans of 2022 are... Read more